NEEDS had participated in the 3rd Arab Forum For Renewable Energy and Energy Efficiency on June 1 and 2, 2016, back to back with the 32nd Meeting of the Executive Bureau of the Ministerial Council for Electricity held on May 31st, 2016, in the Intercontinental City Stars Hotel in Cairo - Egypt.

Under the patronage of His Excellency Dr. Nabil El Araby, Secretary-General of the League of Arab States, H.E. Dr. Mohammed Shaker, Minister of Electricity and Renewable Energy of the Republic of Egypt and Chairman of the Executive Bureau of the Arab Ministerial Council for Electricity, and with the cooperation of the United Nations Economic and Social Commission for Western Asia (ESCWA), the Regional Centre for Renewable Energy and Energy Efficiency (RCREEE), and dedicated support of the Ministry of Electricity and Renewable Energy of the Arab Republic of Egypt and the European Union mission in Cairo, the ARFREEE conference and exhibition are considered one of the major platform for Renewable Energy, Energy Efficiency, and Sustainable Energy players from the region and abroad. The 2016 Forum was under the theme "Towards Competitive Energy Markets".

NEEDS resources had actively participated in the Forum, in its third edition, via meeting Regional expertise and Energy Stakeholders such as Arab Ministers of Electricity and Energy, Senior Government officials in the countries, heads of international and regional organizations, and CEOs of major companies operating in the fields of energy. In addition, NEEDS had actively made interventions during the conferences, highlighting NEEDS vision in the Smart Concept and applications, the Digital Utilities, and the importance of private sector as a key player in the promotion of Energy Efficiency and Renewable Energies. 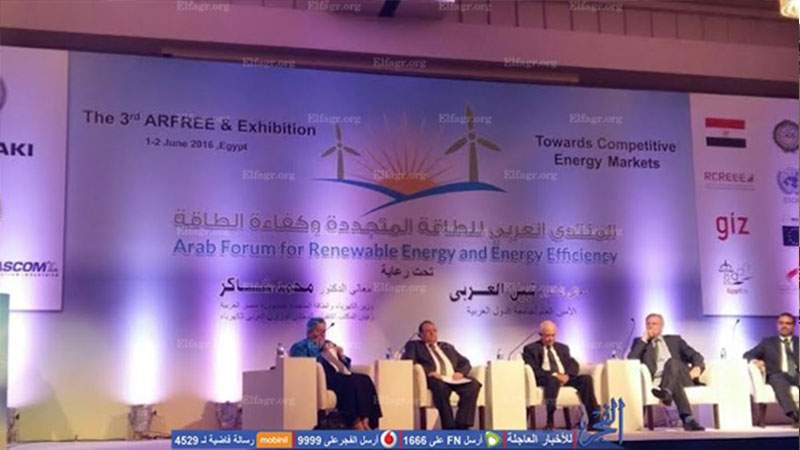